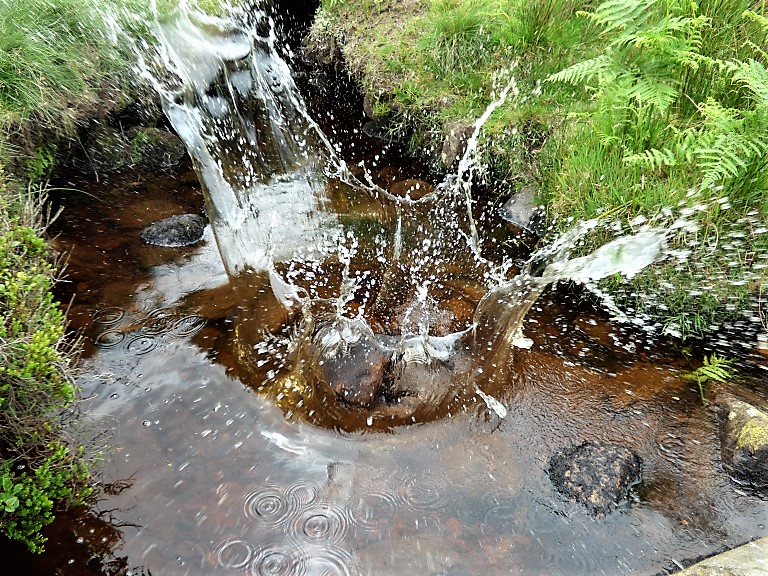 It was an unusual sound that Damien heard. A sound that something was hit, yet the sound was suppressed in a manner that an unusual curiosity raised within Damien.

Damien was afraid to go out alone during the night. His parent had told him not to venture out at night. “Creatures that can haunt your dreams for eternity roam when the darkness comes”, Damien remembered his Dad words.

But still Damien wanted to see what the noise was all about. He picked up his fur coat and decided to face his fears. A snowstorm was brewing outside. Damien decided not to light his torch as the moonlight  was still visible. He also didn’t want to gather any unnecessary attention by using the artificial light source.

As he looked around to find the source of the now silent sound, he soon found himself standing atop of a puddle. Damien was surprised as usually the only source of water for him would either be the rainwater, or gathering the fallen snow, and later boiling it using oil made from domesticated animal fat.

He had heard tales from his mother that before the war there was an underground resource of water and there were also rivers and seas. Damien had never seen those as all of these fascinating sources had dried up.

“Does this count as underground water”, thought Damien?

As another hail fall into the puddle ahead of the snowstorm Damien eyes were fixated on the water that made the soft plop sound. Lost as if being bewitched by the water itself, Damien failed to notice that the moon was now slowly being engulfed by snow.

In that darkness another sound emerged, a scream followed by a thud.